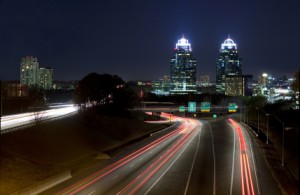 Dunwoody is the cornerstone of Atlanta's high tech job market with great schools and low crime. Dunwoody is situated in a wooded suburban setting with  large lots, all within close proximity to everything the City of Atlanta has to offer.

Dunwoody features many of the metro-areas top restaurants, shopping centers, schools and recreation facilities. Dunwoody officially incorporating on December 1, 2008 and retains a long and rich history dating back hundreds of years with the first settlers arriving in the early 1800’s.

The historical area of Dunwoody officially became a city at midnight on December 1, 2008 following a community led movement to incorporate the City. Although not formally recognized as a City prior to 2008, the residents in this area have always identified themselves as living in “Dunwoody”, with a unique history separate from other areas and cities in DeKalb County.

The Cherokee Indian tribe of the Creek Confederation originally inhabited the City of Dunwoody. The Chattahoochee River made the area an ideal place to live and was the largest and busiest trading center in the vicinity. The area was identified by the indigenous population as the “standing peach tree” or “pitch tree” and was marked by a peach tree planted here before 1813. By 1820, Cherokee farms dotted the area around the Chattahoochee. It was at this time that white settlers began to arrive, creating homesteads, expanding the populations and cultivating their own small piece of the American dream.

Charles Alexander Dunwoody (Dunwoody namesake, 1828-1905) was the son of John Dunwoody (also spelled Dunwody) who was one of the founders of the mills in Roswell. The Dunwoody family moved to Roswell in 1839. Charles owned a company that manufactured shoes in Roswell. In 1853, the Roswell Manufacturing Company had two cotton mills and employed about 300 people. It was the largest cotton factory complex in North Georgia. Barrington King authorized a committee to investigate building a railroad to transport mill products to Atlanta, 18 miles away. Because of the need for mill products for the Civil War, a charter was secured by the State of Georgia in 1863 to build the railroad. Both Charles Dunwoody and James King (son of Barrington) were members of the Roswell Guards and Roswell Battalion, respectively.

After returning to Roswell and surveying the destruction left behind, Major Charles Dunwoody decided to build a new home near Chamblee-Dunwoody Road and Spalding Drive. The railroad construction resumed and was in business September 1, 1881. The line would run between the Air-Line Railroad and the Chattahoochee River and would be 9.8 miles long. The Roswell railroad tied into the Air-Line at Roswell Junction, which is now Chamblee. After leaving the junction, the next stop was five miles away at Dunwoody Station, across the street from the present day Burger King. The railroad carried produce from Dunwoody and fabric from the mills in Roswell. In 1903, the narrow gauge track was replaced with modern tracks with the engines inheriting the nicknames “The Dinkey” and “Old Buck”.

Dunwoody soon developed as a crossroads community (Chamblee-Dunwoody, Mt. Vernon and Nandina Road) and continued to grow and prosper even after the railroad shut down in 1921. In 1971, the Spruill family sold a large portion of their property for the construction of Perimeter Mall (1971) and surrounding commercial property. Since then, many well known shopping and mixed used developments have opened along with many of the Atlanta metro area’s top restaurants.